Over the next three years, scientists at the Otto von Guericke University of Magdeburg will be working on replacing live animals with robotic fish in tests carried out at European hydroelectric power plants. The artificial fish surrogates should provide information about the flow conditions and expected damage and mortality of fish traveling through turbine installations. To date, up to 450,000 fish are used every year in live animal experiments in German hydroelectric power plants, according to the Federal Institute for Risk Assessment. Those tests, mandated by domestic regulation which enacts a European directive, evaluate the ability of the fish to pass through the turbines and thus assess the fish-friendliness of the plants.

The RETERO research project, "Reducing animal testing to establish risk of injury to fish caused by passage through turbines by the use of robotic surrogates, computational fluid mechanics and predictive modeling”, is funded by the German Federal Government with 1.4 million euros, and started in March 2019. Its objective is to develop partially autonomous robot systems and simulation models that will reduce, and in the long-term eliminate, the need for live fish in experiments. 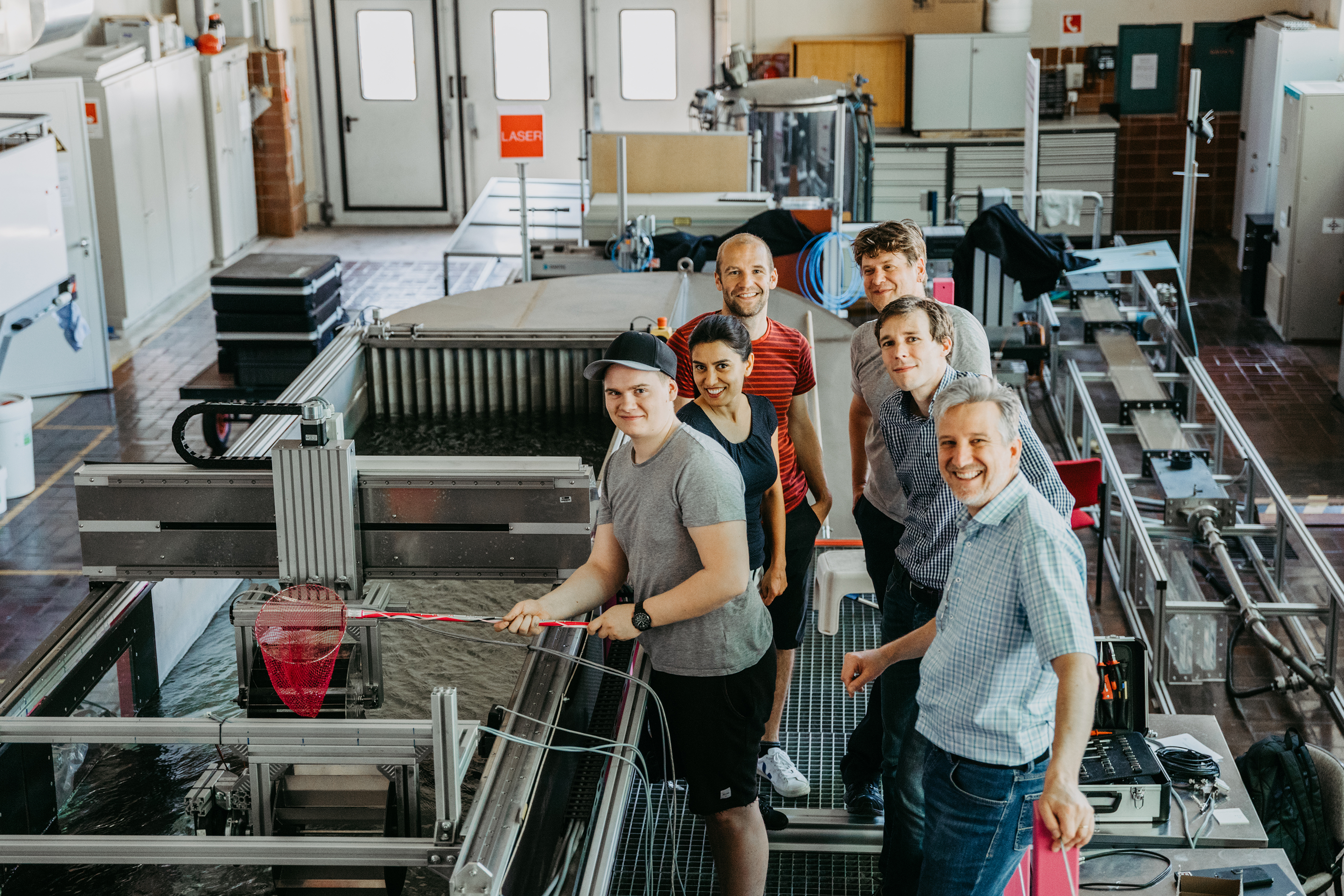 The interdisciplinary research partnership combines expertise from biology, ethohydraulics, hydraulic engineering, fluid mechanics, power electronics, microelectronics, and information technology. The project partners of the University of Magdeburg are the Institute of Hydraulic Engineering and Technical Hydromechanics at the Technische Universität Dresden, the Institute for Aquatic Ecology and Fish Biology Jena, and the company SJE Ecohydraulic Engineering GmbH in Stuttgart. A further international partner is the Centre for Biorobotics at the Tallinn University of Technology in Estonia.

“Following the European Water Framework Directive, German authorities require all run-of-the-river hydroelectric power plant operators to demonstrate with expert reports that the plants are passable for fish and other river wildlife,” explains Stefan Hoerner from the Institute of Fluid Dynamics and Thermodynamics at the University of Magdeburg. “In 2015 alone, 450,000 fish were used for this purpose, most of which were caught in the wild.” This is extremely stressful for the fish and the mortality rate is around 10 percent in the best cases.

“It is true that the legislator prescribes the installation of fish protection systems in hydroelectric power plants, but not all of them are fully effective,” continues the fluid mechanics and electrical engineer. “As a result, many animals end up swimming downstream through the turbines. Furthermore, predatory fish and birds like to stand by the installations and wait for prey that is easy to hunt.”

By 2022, Stefan Hoerner and his team, together with colleagues from the Institute for Electrical Energy Systems at the university, hope to develop electronic “replacement fish”, which behave in ways that are characteristic of the various species. Test runs with live fish fitted with sensors will provide the reference data required for the simulation of fish-like behavior by the autonomous robotic systems.

The future robotic fish will also feature a number of pressure and acceleration sensors. The data acquired during their use in hydroelectric power plants will enable the scientists to make forecasts and projections about the risk of harm to fauna without resorting to animal testing.

The water channel will allow the researchers to perform a first series of tests with the robotic fish prototype. Until now, it has mainly been used to study environmentally-friendly water turbines.

Hydropower, the oldest and largest source of renewable energy, accounts for around 16 percent of electricity production around the world, according to the Federal Government. In Germany alone, 7,000 small and 400 large run-of-river power stations interrupt the migratory routes of fish.

Well-known migratory fishes such as eels and salmon are not the only concerned species: all fish migrate within rivers to some extent, in order to reproduce or change habitat. The European Water Framework Directive and the German domestic legislation enacting it (the Water Resources Act and the Flora-Fauna-Habitat Directive) require that the fishes’ ability to pass through all bodies of flowing water be restored. Operators of hydroelectric power plants must demonstrate that they are not permanently harming the aquatic fauna.

At the University of Magdeburg, researchers have already been working for several years on ecologically-sound hydroelectric power solutions within the FlussStromPlus Wachstumskern.

Photo 2 // Credit: AG Roboterfische // Caption: The water channel will allow the researchers to perform a first series of tests with the robotic fish prototype. Until now, it has mainly been used to study environmentally-friendly water turbines.

Faculty of Process and Systems Engineering

Institute of Fluid Dynamics and Thermodynamics