Why are there superspreaders?

Scientists from the Departments of Physics, Biomedical Sciences and Process Engineering at Otto von Guericke University Magdeburg are in the process of analyzing the emergence and spread of infectious air bubbles in our breath, known as aerosols, using tissue cultivations and artificially-produced, virus-filled suspended particles.

The aim of the interdisciplinary project, which is funded by the German Research Foundation (DFG) to the tune of almost €900,000, is to find out why the phenomenon of so-called “superspreaders” exists. The team of researchers is looking into the question of how the virus particles in the human body are packed into the tiny aerosols and which mechanisms lead to these aerosol particles adhering to the airways of other people, where they burst and leading to further infection. Process engineers are then developing simulation models to assist in making reliable predictions about the distribution and spread of the aerosols. 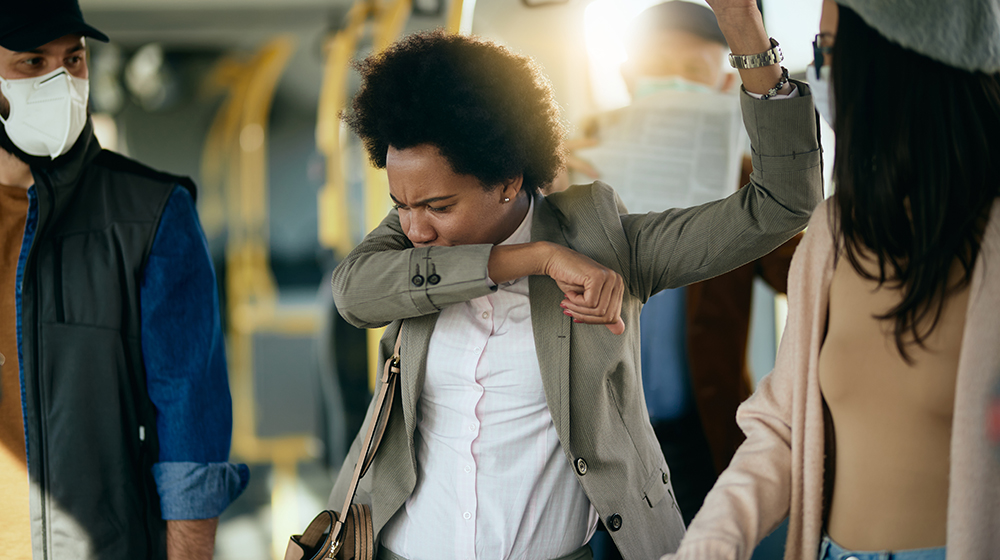 “The background to these scientific questions is that there is a considerable amount of knowledge already available about the biological processes involved in the actual infection process, so we already have an exact idea of how the virus reaches human cells and multiplies,” explains biomedical scientist Professor Dr. rer. biol. hum. Heike Walles from the Core Facility Tissue Engineering at Magdeburg University, where researchers are cultivating human cells on scaffolds to produce 3-dimensional biological models of human tissues. “However, what we do not know is how the viruses are then repackaged in the aerosols and how they exit our bodies in order to infect other people,” continues Professor Walles. Answering these questions requires the involvement of a wide variety of scientific disciplines within the university. “The great challenge in this exciting, interdisciplinary project lies in bringing together all of these individually extremely complicated technologies under sterile working conditions.”

To this end, the team around physicist Professor Claus-Dieter Ohl from the Faculty of Natural Sciences will produce aerosols based on those found in nature and experimentally pack them with fluorescent proteins, and subsequently virus particles. Like the particles found in human lungs, a range of different sizes of particles are being produced.

The team around biomedical scientist Professor Heike Walles is cultivating artificial tissue models from the different regions of our airways in the laboratory and also tubular networks constructed from polymers, i.e. chemical molecules, in the geometries of our airways. These artificial respiratory tract models are coated with protein solutions to replicate mucus, in order to simulate the physical conditions in the airways. 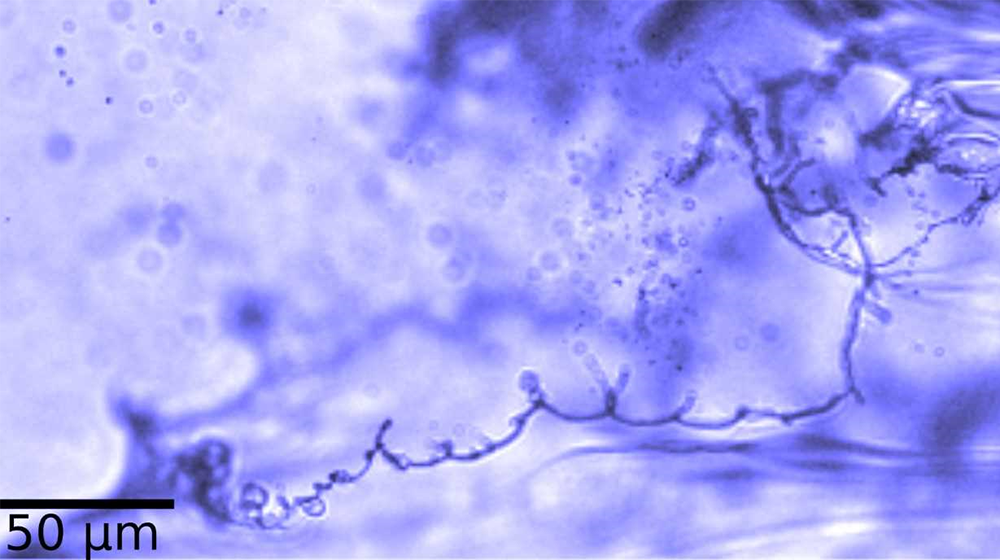 When a liquid film is ruptured under a microscope it is clear that many small droplets are ejected. These aerosols float in the air for a long time and play an important role in the infection with SARS-CoV2. (Photo: Dr. Patricia Pfeiffer, Dr. Fabian Reuter/ Uni Magdeburg)

Next, the way in which the aerosols are disseminated in the tubular networks after high-pressure application and the way that they adhere to biological surfaces and ultimately burst is also being tested. The movements of the aerosols is documented using high-speed cameras.

The team around Junior Professor Dr. Ing. Fabian Denner from the Chair for Mechanical Process Engineering in the Faculty of Process and Systems Engineering will populate simulation models with the multitude of data obtained from the experiments and so provide a basis of decision-making concerning which adjustments and changes are needed to the experimental approach.

“When we understand how the aerosols are produced, how they are disseminated and when and under what conditions they burst, it may, for example, be possible to to think about medications that affects and reduces the formation of aerosols in the airways or that fewer viruses end up in the aerosols,” explains Professor Ohl. “This would make it possible to limit the spread of highly infectious viruses very effectively.” Biomedical scientist Professor Heike Walles adds: “If, as planned, we are able, to clarify the fundamental mechanisms of action, this established process could be transferred to the world-wide spread of a great number of infectious diseases, from Covid-19 to swine flu.”

More information on the “Emergence of aerosols in the lungs and encapsulation of viruses” research project recently approved by the German Research Foundation (DFG) (Project number: DE 3156/6-1 | OH 75/7-1 | WA 2915/12-1) will be available shortly on www.gepris.dfg.de.

Photo: Credit: Dr. Patricia Pfeiffer, Dr. Fabian Reuter/ Uni Magdeburg // Photo caption: When a liquid film is ruptured under a microscope it is clear that many small droplets are ejected. These aerosols float in the air for a long time and play an important role in the infection with SARS-CoV2.