Applying a new strategy, researchers at Otto von Guericke University Magdeburg have found a substance that facilitates the controlled death of cancer cells. The Translational Inflammation Research working group led by Professor Dr. Inna Lavrik has combined computer-based methods with experimental analyses and in the process gained insight into strategies for treating tumors. 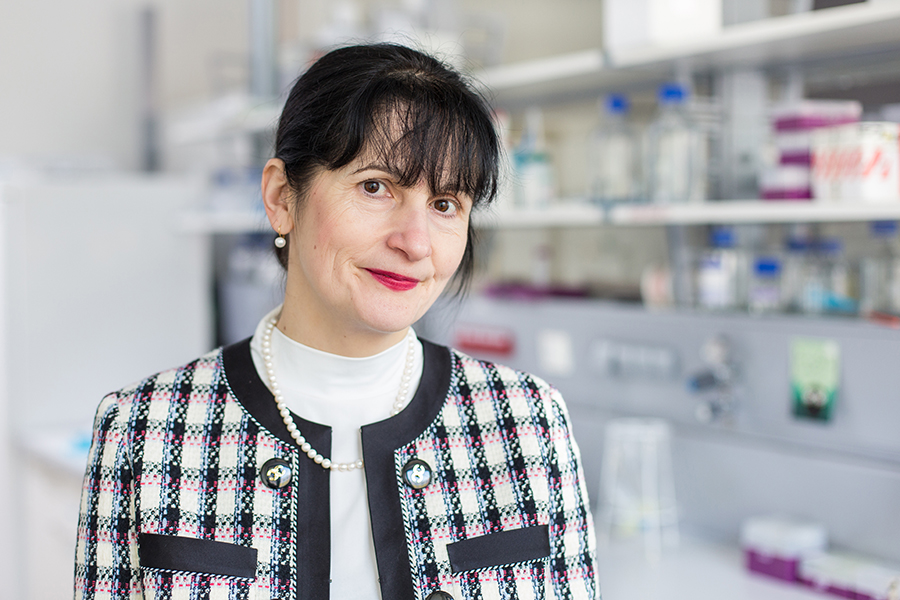 Together with colleagues from the Institute of Cytology and Genetics in Novosibirsk, the team has managed to identify 18 substances with special characteristics from a database of 16 million active substances. These 18 substances possess the ability to influence a key protein in the cells in such a way that it activates a signaling pathway that leads to the death of tumor cells.

Based on the known three-dimensional structures of this key protein it was possible, using a computer-based method, to specifically identify the 18 active substances. Subsequently, these substances were tested experimentally in human tumor cells. The mechanism of the most efficient substance was then analyzed and optimized and in the furure can be used to develop medications for cancer treatment.

“Programmed cell death, known as apoptosis, governs normal development and function in healthy organisms and eliminates abnormal or potentially harmful cells from the system,” explains Professor Inna Lavrik. There are two possible ways of activating this programmed cell death, continues Lavrik – the intrinsic pathway and extrinsic pathway. “This means that the signals that lead to cell death come either from within the cell, or from without.”

Treatment modalities to activate the intrinsic signaling pathway have already been successfully developed and are undergoing clinical trials. “In contrast to this, alongside other international groups of researchers, we are among the trailblazers in developing anti-tumor therapies based on the activation of the extrinsic signaling pathway. I am absolutely delighted to have a highly-motivated team of young, talented scientists driving this project forward. We hope to be able to make a contribution to the development of innovative anti-tumor therapies.”

The results of the study were recently published in the internationally renowned journal Cell Death and Differentiation from the Springer Nature Group.

Professor Dr. Lavrik, a systems biologist, has held the chair in Translational Inflammation Research in the Faculty of Medicine since 2012, and is conducting research in the Center for Dynamic Systems (CDS) at the University of Magdeburg on inflammation process mechanisms and programmed cell death. Scientists from Otto von Guericke University Magdeburg and the Max Planck Institute in Magdeburg are jointly decoding complex dynamic systems in the CDS. These include differentiated and time-dependent functional units that interact strongly with their environment. Examples of this are the weather, financial markets, industrial plants, ecosystems and the human body with its organs and interacting somatic cells. In order to describe the complexity of these systems and to predict, calculate and analyze their behavior, mathematical models and methods are required that work in tandem with experimental studies.