How man and machine get along

Anyone who has ever had to operate a copier knows that the interaction between human and machine is not always an easy. So it's no wonder that scientists are intensively dealing with this topic and researching how to improve the interaction between humans and technology. At the University of Magdeburg, too, there are numerous research projects dealing with this challenge. In September, the university will even host an international conference on the topic. Prof. Andreas Nürnberger from the Faculty of Computer Science and Dan Verständig from the Faculty of Humanities explain the background. 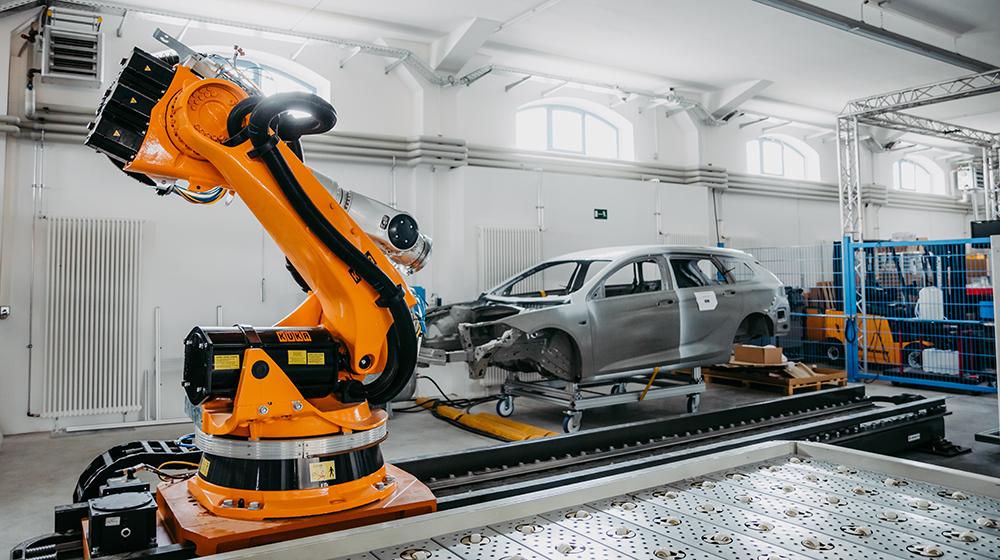 Human-machine interaction has been common in the automotive industry for years (Photo: Jana Dünnhaupt / Uni Magdeburg)

What are human-machine systems?

Whenever humans interact with tools or machines in any way, we consider them as human-machine systems. This can be something as simple as operating a printer, playing a video game, or as complex as controlling a robot on another planet. The basic idea is always that machines support or enhance human capabilities in some way.

What is the university researching in this area?

At the Otto von Guericke University, a variety of research projects are taking place on the interaction of humans with machines. The spectrum ranges from voice assistance systems, questions about the ergonomics of machines to semi-autonomous vehicles and smart systems in medical technology. Research on interactive and autonomous robotics as well as augmented and virtual reality is also conducted at the university and in cooperation with regional, national and international partners. In addition, a transfer of research to educational practice is reality. There are various media pedagogical projects dedicated to ethical questions of algorithms and robotics. Last but not least, the RoboCup German Open, an annual international competition in the field of mobile robotics, takes place in Magdeburg.

In which areas will the research be applied later?

In nursing, robots are being discussed, and in medical technology, visualizing techniques as well as complex tools and devices for the treatment of serious illnesses are now indispensable. In addition, driver assistance systems and (semi-)autonomous driving are becoming more and more important. In everyday life, we carry voice assistants implemented in our smartphones with us.

What are recent findings?

Scientists from all over the world will give us some insights and share their latest findings at the ICHMS2021 conference. For example, there will be special sessions on wearable computing, interactive robotics and smart information systems for various application areas.

That is a very exciting question. If you think about Asimov's laws, then the machine or a robot always adapts to the human being. Machines then always serve humans. But it's not that simple, because on the one hand machines wait for commands from humans and accordingly, they request us to react and interact. On the other hand, in case of complex systems it usually goes beyond this. Today, intelligent systems can already give impulses themselves if, for example, there is a deadlock situation between people. Machines then show us possible solutions by analyzing big data sets or using intelligent sensor technology. Technologies are blending more and more into human interaction, and this is fundamentally adjusting what it means to be human. If we remember that Kant always warned against treating people as a means and not as an end, some ethical consequences arise, because people are already an integral part in digital production chains. In particular when it comes to the production of data. Developing a critical awareness of how the power of digital technologies plays out, how we shape our environment through them, and how, which technologies we want to have, are fundamental questions of responsibility that we must remind ourselves in research as well as in industry and in everyday life. In doing so, the human being is at the center. In order to emphasize these aspects, the conference has picked the theme: “Human Centered Systems for our Digital World”.

What is the vision of the university in its research on MMS?

The research follows the vision that technical systems of the future are to be located in close interaction with humans. On the one hand, there are companion systems, such as those carried out via the DFG's Collaborative Research Center/Transregio 62 in Magdeburg together with the Leibniz Institute for Neurobiology and the University of Ulm. On the other hand, this applies to future technologies such as Artificial Intelligence, which is characterized by application-driven interdisciplinary research and development of new approaches, especially in dynamic contexts. 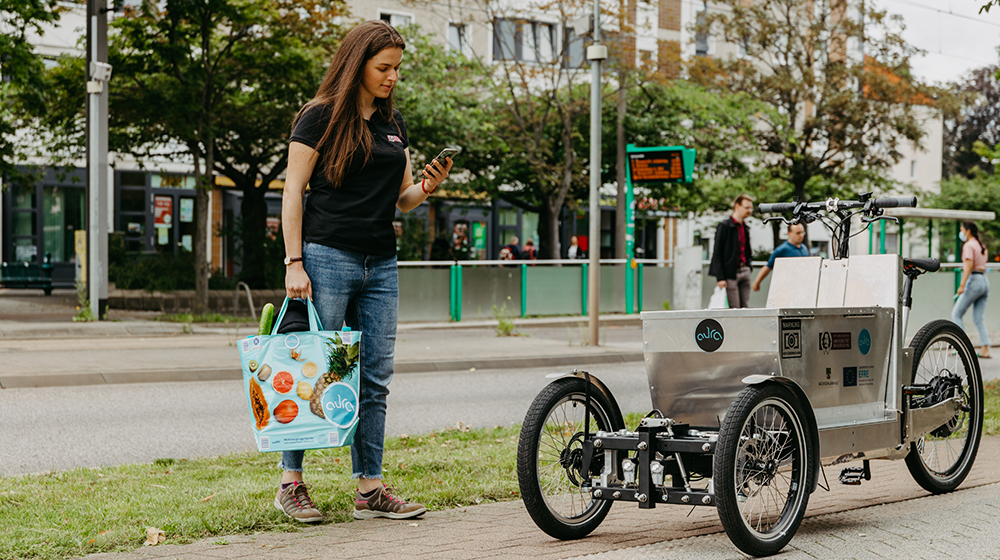 The University of Magdeburg is developing an autonomous delivery bike that can be called by app (Photo: Jana Dünnhaupt / Uni Magdeburg)

What are the key challenges at the moment?

The two major challenges are probably managing complexity and bringing machines closer to humans. Individual interactions between humans and machines can be realized quite extensively today. However, when self-driving vehicles interact with each other under real world circumstances in road traffic or groups of machines interact with people, things become not only complicated but also complex. In general, keeping the line of a human centered approach is an important challenge. Not only in terms of the ethical problems that automated systems bring with them, but already when it comes to the development of exoskeletons for industrial processes or research into intelligent prostheses. In both cases, the process of creating innovative technologies is putting the human in the center.

Who initiated the conference, when, and why?

The ICHMS series was initiated in 2019 by the IEEE Systems, Man and Cybernetics Society (SMC). The first conference of this international series took place – unfortunately only virtually – in Rome, Italy in 2020.

What is the conference about? Who comes together?

The focus of this year's conference follows the topic "Human Centered Systems for our Digital World". Which puts the focus on the human, with scientists from all over the world coming together to present innovative technologies and discuss their findings. Here, the Sino-German symposium on brain-machine systems deserves special mention. It provides a platform for Chinese and German scientists to present their latest findings in brain-computer interaction, brain stimulation, brain-inspired intelligence, neurorehabilitation, and AI in neuroscience, thus promoting scientific progress and academic exchange between the two countries.

How to register and how much does it cost to attend?

One can easily register and get all the details through the conference page. The conference costs depend on several factors. Students can already participate online with a fee of 30 Euro.

Who initiated the Summer School, when and why?

There was a first Summer School in 2017, within the Collaborative Research Center SFB Transregio 62: A Companion Technology for Cognitive Technical Systems, which was also supported by the by the IEEE Systems, Man and Cybernetics Society (SMC). The goal of the Summer School was to present and discuss fundamental aspects and findings of companion technology.

What is the Summer School about?

Who can participate in the Summer School?

The Summer School is for young researchers, especially PhD students, whose research revolves around the interaction of humans and machines. However, it is a perfect opportunity for students and graduates who may want to conduct research in the future to gain initial insights into the scientific community.